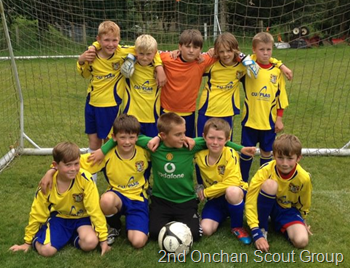 Manannan Cubs entered two teams into the Island Cub Five-a-Side Football Competition this year,  with the event being held at Laxey AFC.  Both teams started really well, with the teams  beating all their opponents in the group stages. Having done this we progressed to the Quarter Finals, again both of the teams did really well and beat the other teams with ease.  We then made it through to the next round, however we met each other (surprisingly) in the Semi – Finals.  Both teams played fantastically against each other with the final score being 2-1 to the B team who made it through to the final.  Unfortunately the A team lost, but then played in the play offs beating the 1st Arbory Cubs.  Well done to the A team for coming 3rd.

The final was against 1st Rushen Cubs, both Packs played really well, but simply the Manannan Cubs were too good and they all played with class and skill and beat the Rushen Cubs 4-0.  We have now won the trophy for a second year in the row.  A huge congrats must go to all the Manannan Cubs for their huge effort, and all the leaders were thrilled to have the Barry Kelly trophy back in the 2nd Onchan Trophy Cabinet. 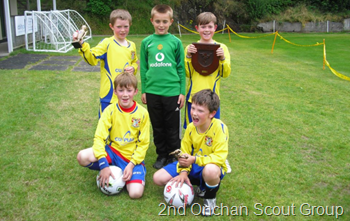