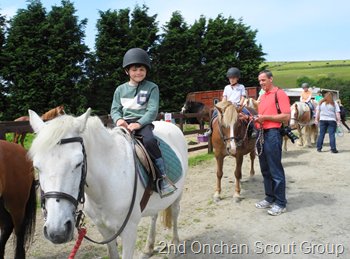 At the weekend Thursday and Tuesday Beavers went Pony Trekking at the Ballahimmin Pony Trekking Centre in Cronk y Voddy. Sixteen Beavers and three of the Leaders’ children took part in the Pony Trekking, situated in the beautiful Little London hills – and the weather was perfect! The Centre is run by a parent of one of Thursday Beaver’s – Bryony Collison. Bryony organised the Beavers into two groups – one to go out riding and one to stay and learn about grooming and care of the ponies.

Tuesday Beavers went out first, most of the boys were novices and had never ridden before, but they all looked very confident on their ponies and all seemed to enjoy the experience. Next out were Thursday Beavers, and despite a few early nerves, the Beavers soon settled down and enjoyed their trek. It was a fantastic morning. The staff at the Centre were amazing and helped to make the experience a positive one for all involved. 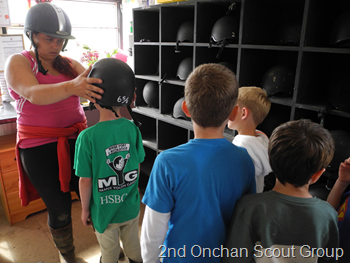 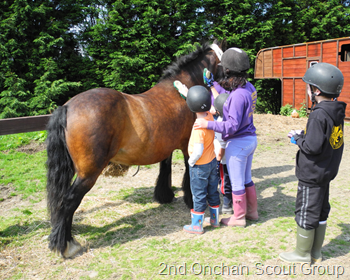