The Nominations for the various trophies that will be presented at the Groups Awards Night on the 9. October 2015 have now been released. The Awards Night is open to all members and their families and even those who haven’t been nominated this year are encouraged to attend.

We will also be showing a slide show of what the Group has been up to over the last twelve months.

The Awards Night takes place at our Scout Headquarters on School Road, Onchan and starts at 7.30pm on Friday 9. October 2015. 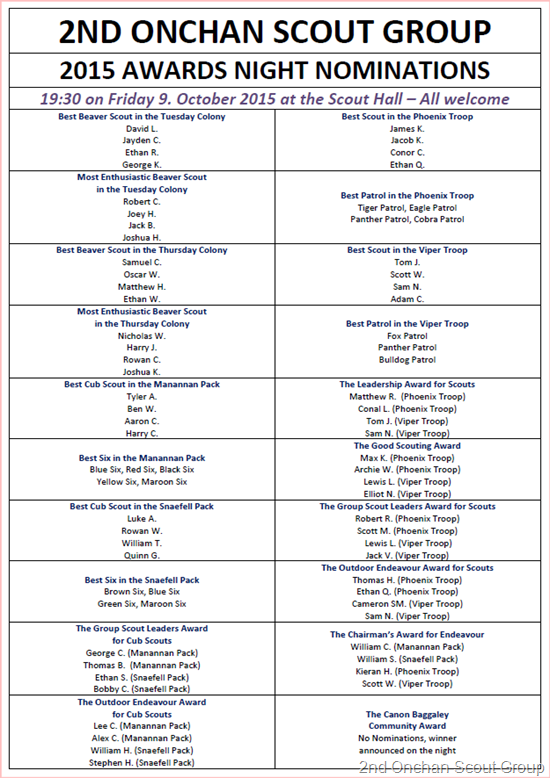